The work of photographer Michael Kenna is cumulative. He uses long exposures to absorb as much of the landscape before him as he can. “The long exposure does something that our eyes cannot do, it can accumulate time,” says Kenna. “It’s almost like the camera is collecting residual memory. It’s unpredictable, you never know quite what you’re getting.” 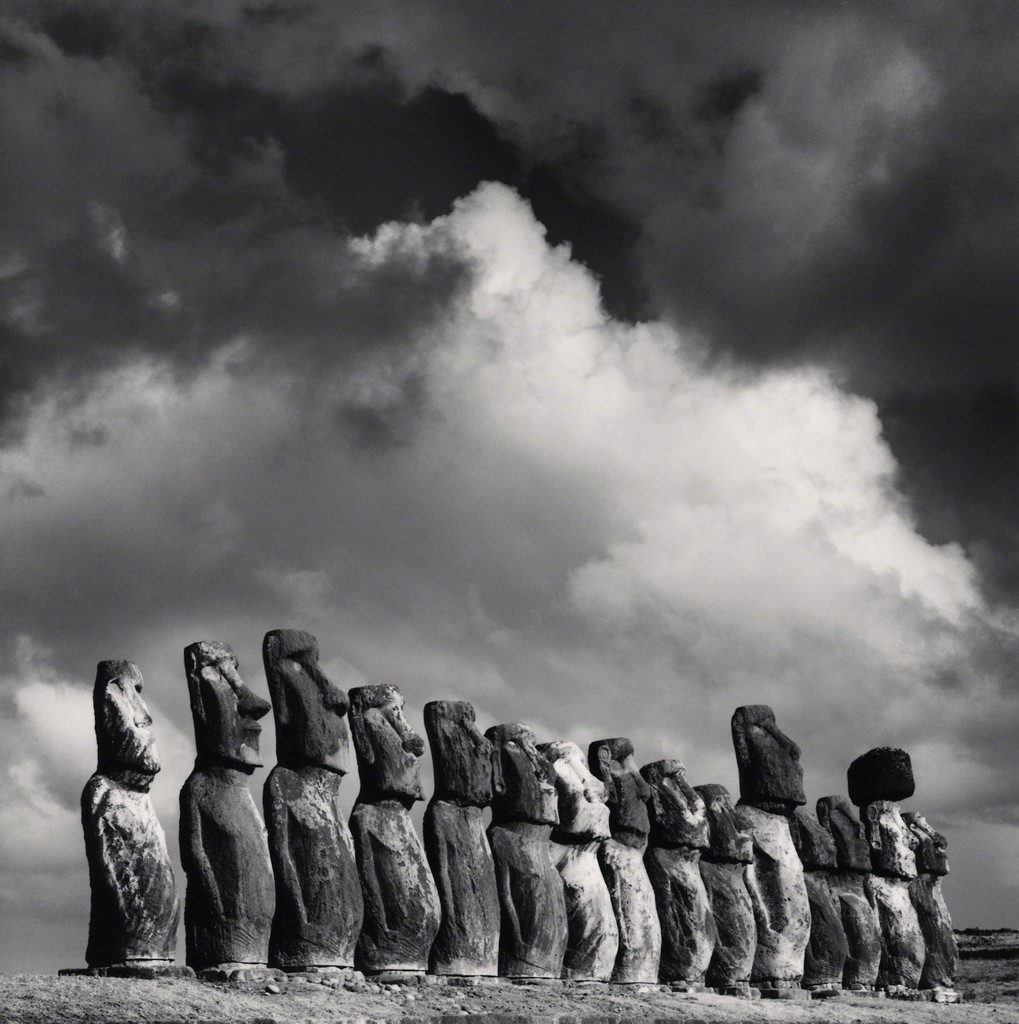 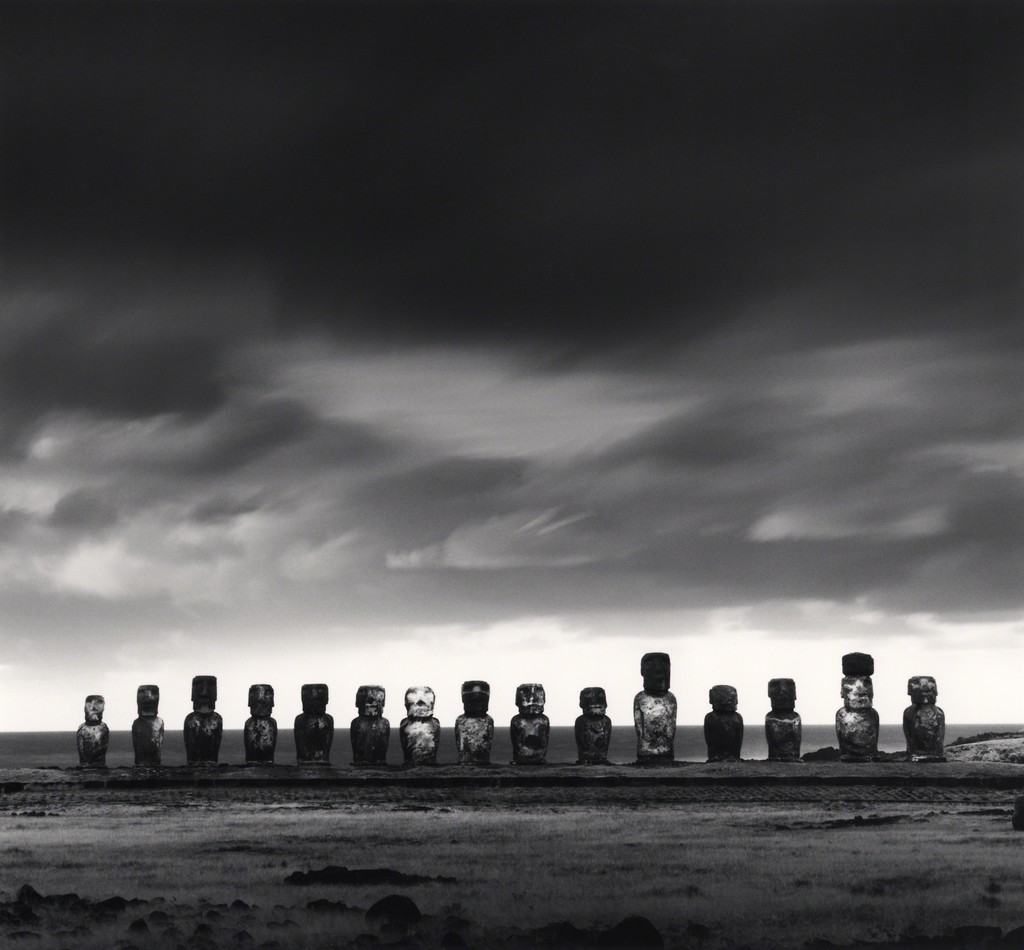 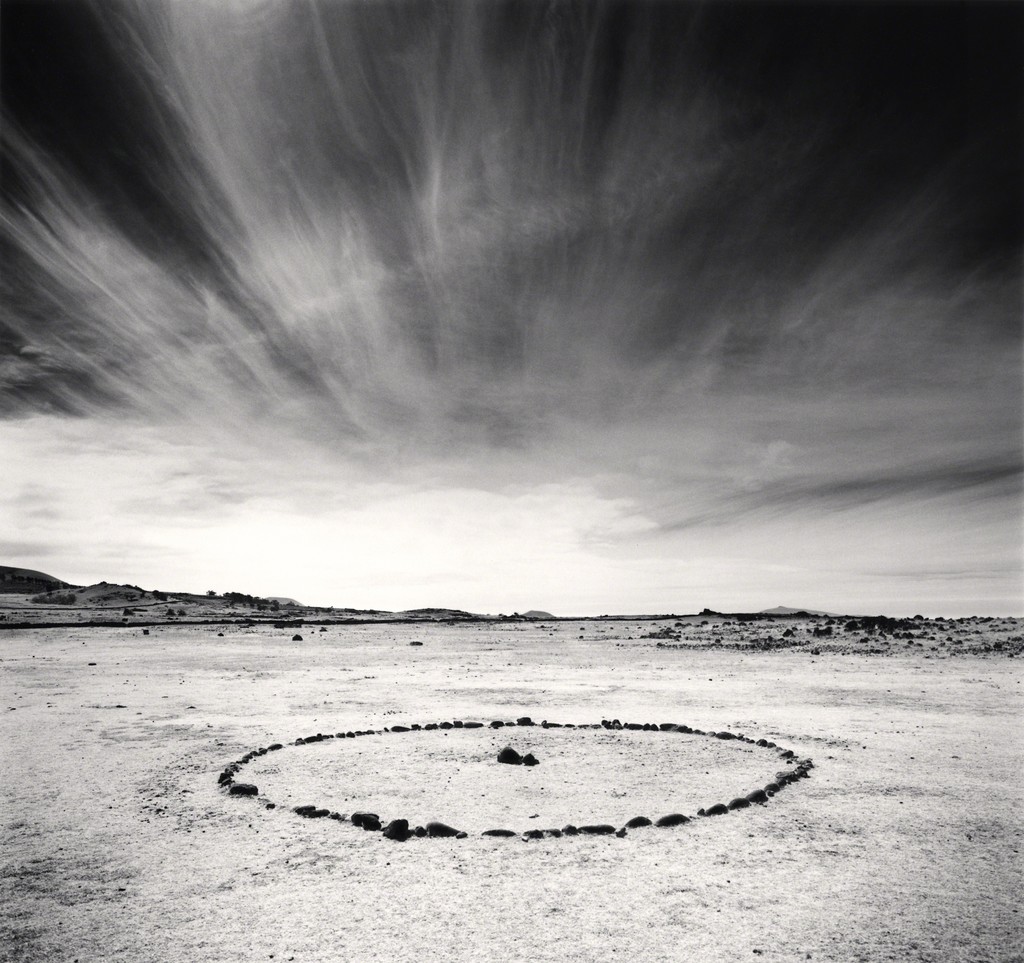 Kenna’s black-and-white gelatin silver prints depict unique locales from around the world, many of which may be semi-familiar to viewers. The stone statues of Easter Island, as seen in Moai, Study 16, Ahu Tongariki (2000) and Maoi, Study 50, Ahu Tongariki, Easter Island (2001), are iconic. But here they are shown as captured on film over a long period, immobile against the moving sky and large even beneath towering thunderheads. “I prefer suggestion over description,” Kenna explains. “I like to use the analogy of haiku poetry where just a few elements act as catalysts for one’s imagination.” And indeed, these photographs suggest the majesty and grandness of the monoliths. Circle of Stones, Easter Island (2000) shows another, less massive (though no less imposing) monument, shot from above with a view across a long, barren expanse. 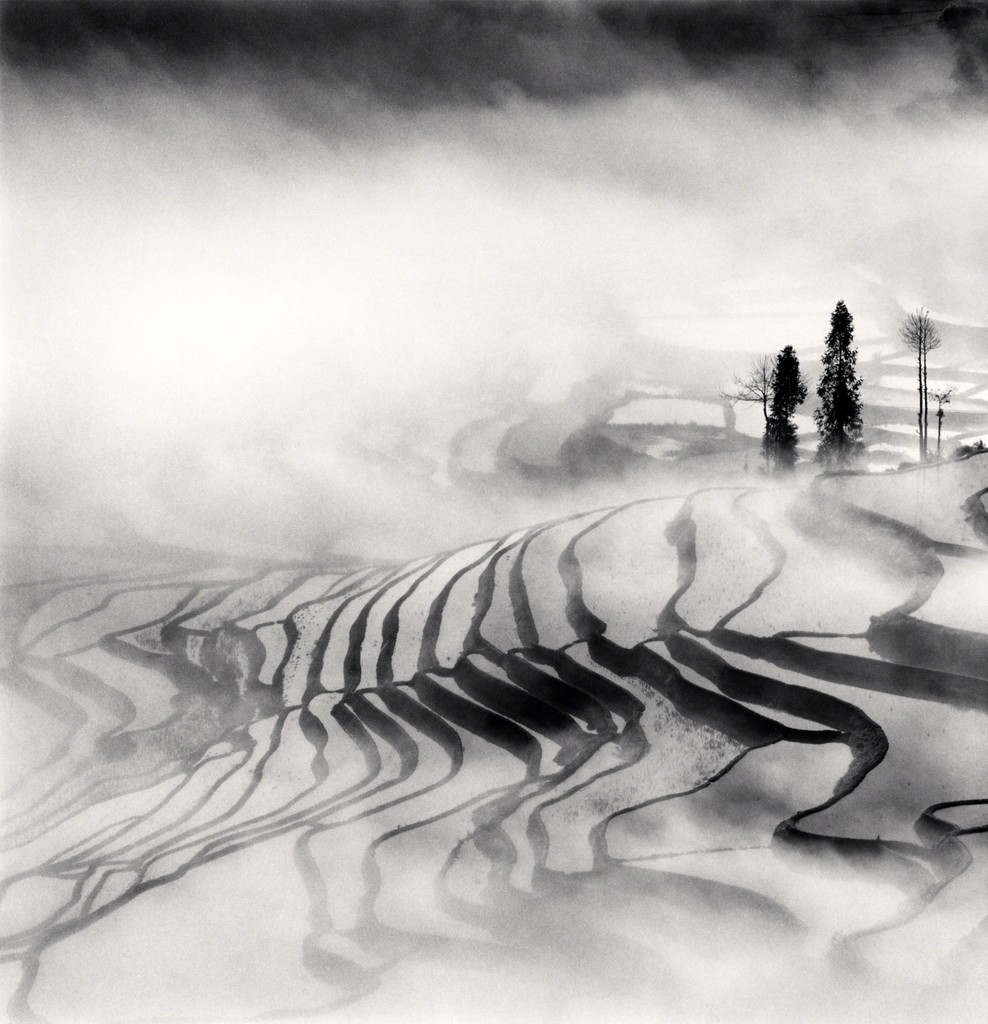 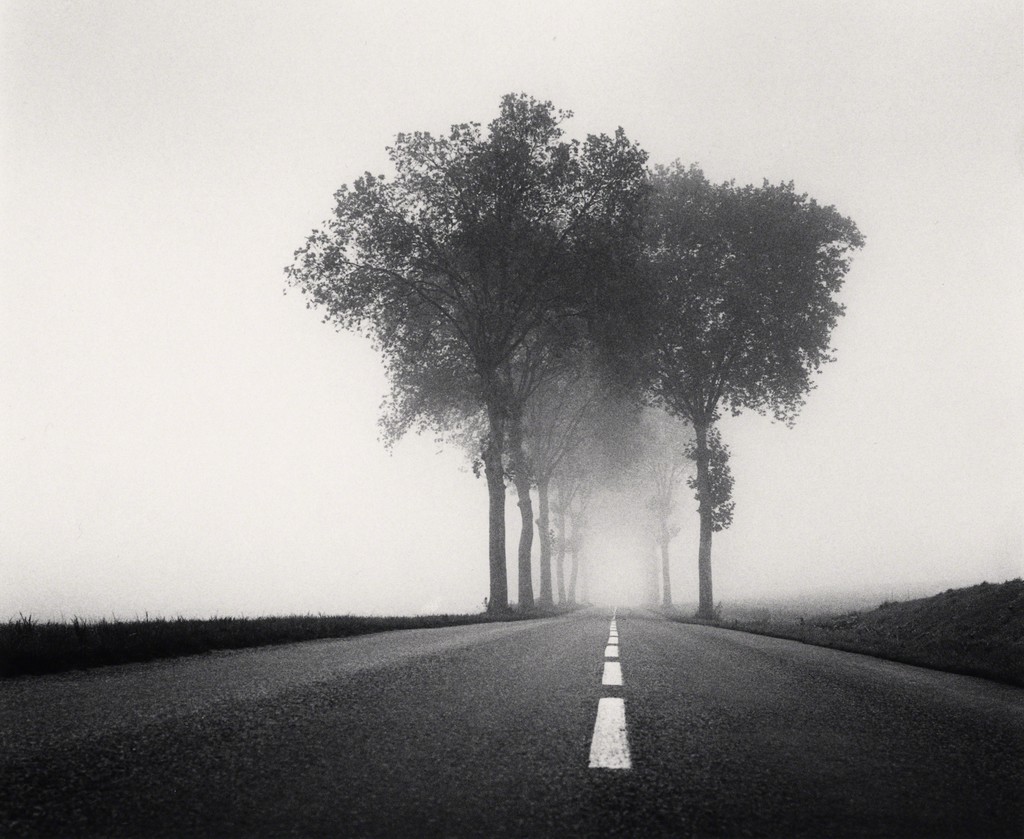 In many images, atmosphere and its palpable representation are significant concerns. Yuanyang, Study 1, Yunnan, China (2013), shows the tiered rice paddies on sloping hills. A few tall evergreens stand tall, and the entire landscape is shrouded in misty fog. Homage to HCB, Study 2, Bretagne (1993) is dedicated to the work of photographer Henri Cartier-Bresson. It also depicts fog, which obscures the landscape and sits between a stand of trees that hugs a narrow roadway in the French countryside. Only through his long exposures is Kenna able to capture such atmospheric effects and give them the visual weight that they have in their specific, momentary experience in the world. 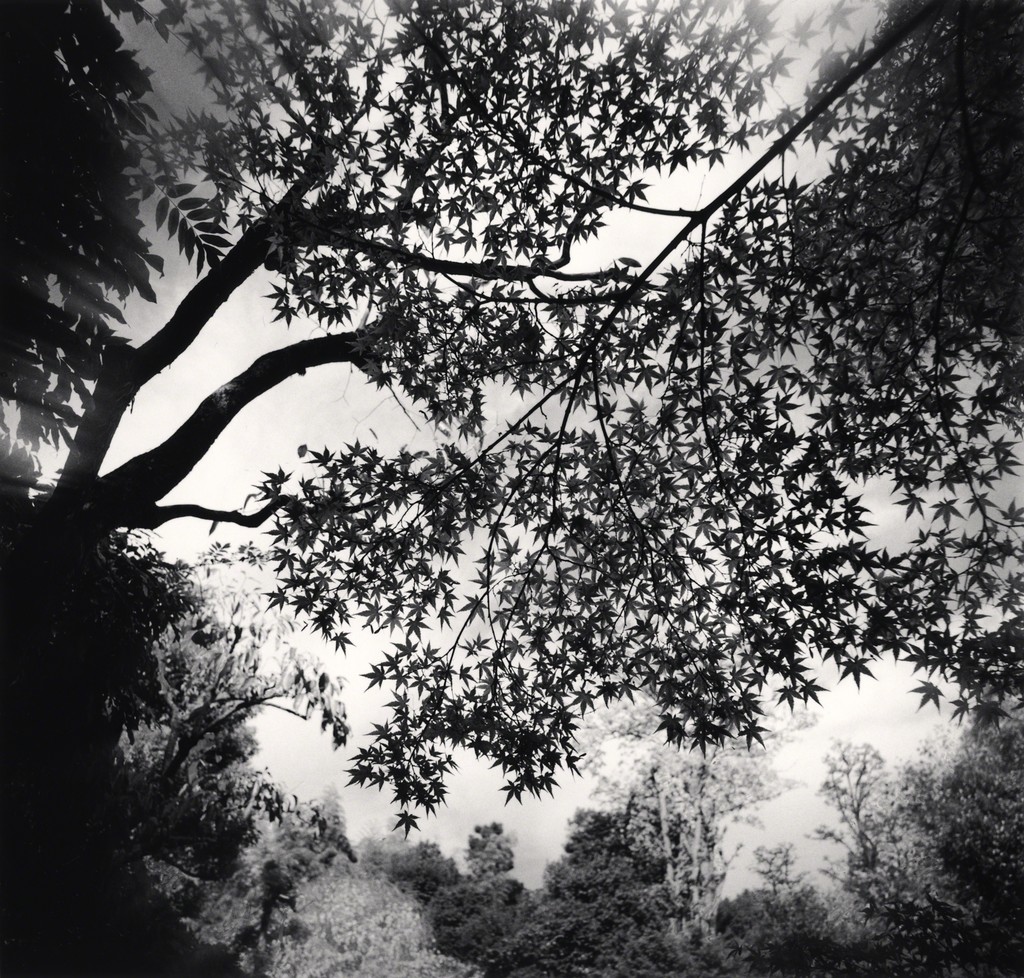 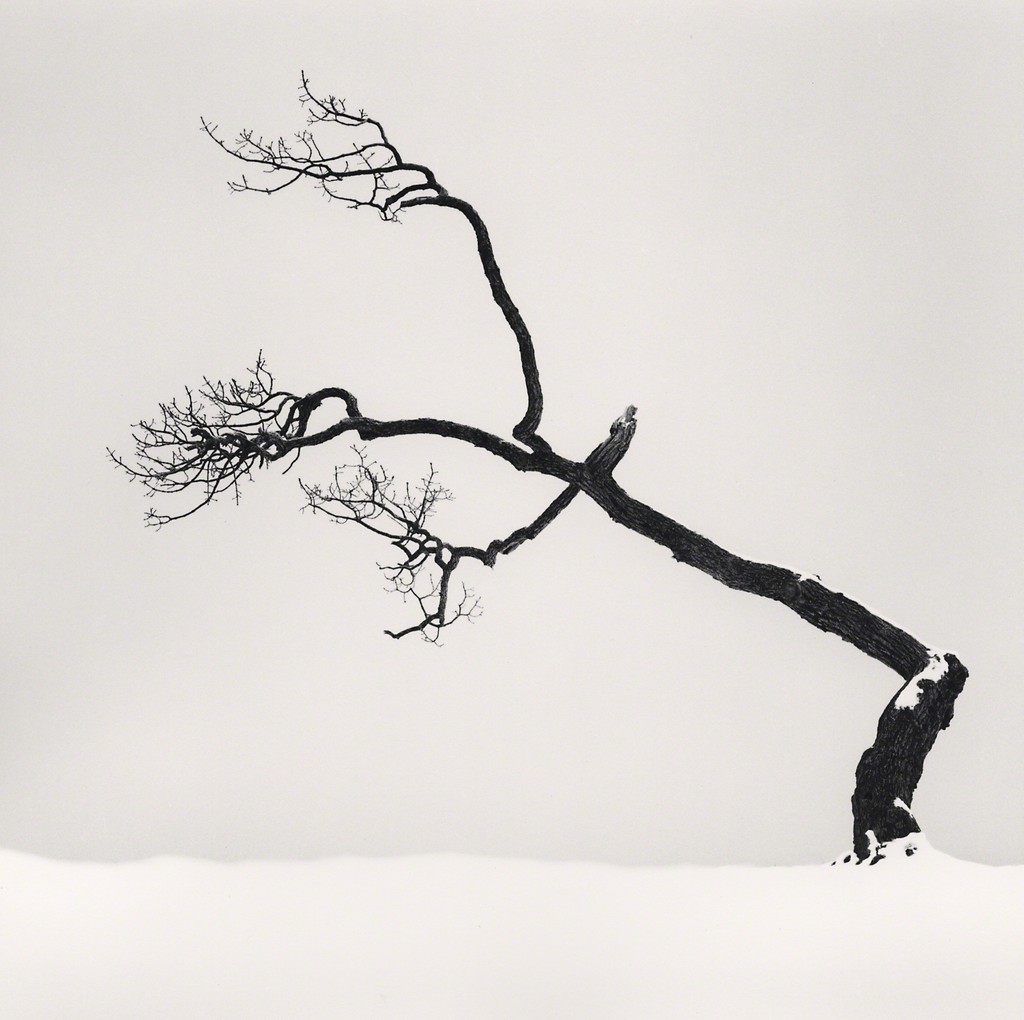 Other works are more poetic: in Maple Leaves, Elkando Zenrinji, Kyoto (2001) Kenna has aimed his camera skyward to capture light through maple boughs, dark black and gray against a white sky. Kussharo Lake Tree, Study 6, Kotan, Hokkaido, Japan (2007) shows a lone, old, bent tree, dusted with snow. The white ground of the image is barely differentiated from its white sky, rendering the tree’s trunk and branches almost like a gestural stroke of black ink across a blank paper. Kenna’s long, careful study of the world shows not only its facticity, but also its emotive power, details that only reveal themselves with patience.