There is a poetic nature to Neil Folberg’s approach, particularly with his landscapes—in the presentation of colors and the contrast of planes from foreground to background. The works reveal themselves gradually, adding to their depth and meaning. Folberg’s attention to layering defines much of his work. In his landscapes, the effect presents itself both overtly and metaphorically. 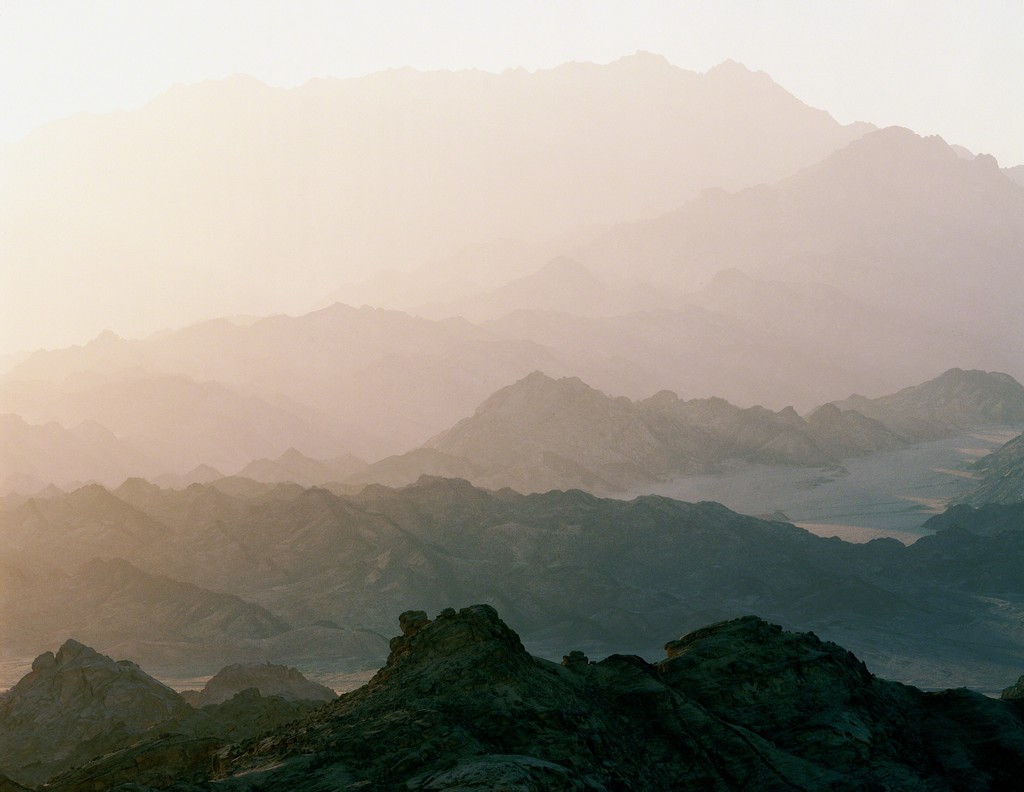 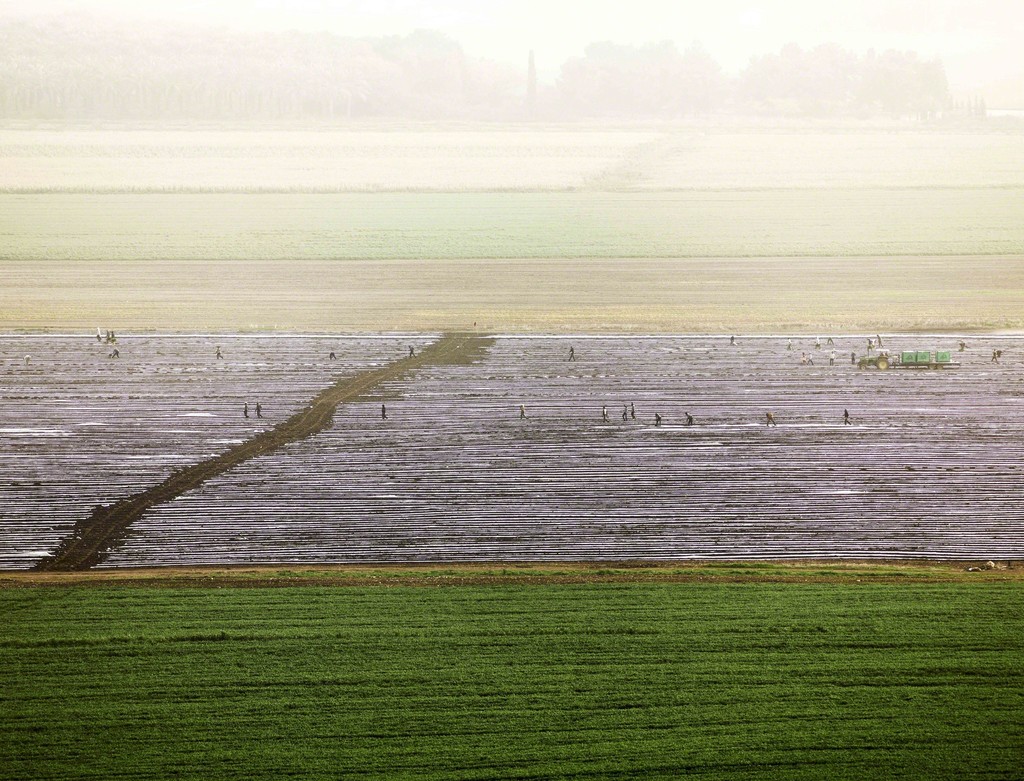 In both Haze, Sinai (1983) and Beit-Shean Valley (2013), the haze that envelops the background creates a powerful effect, pushing the foreground to the viewer’s attention. Curiously, it’s not the foregrounds that are the focus. In Haze, Sinai the mountain is nearly hidden by the dust that fills the air, leaving the foothills to be displayed most prominently. The mountain is slowly revealed to us one foothill at a time, all bathed in a soft, gentle light.

In Beit-Shean Valley, what at first might appear as a rice field that has recently been flooded is actually a field of seedlings encased in white plastic sheathes in an effort to save water. Because of the distance at which the image was taken, the workers have a diminutive presence, allowing the vastness of the fields and the detailed delineations of the white troughs to dominate the composition. 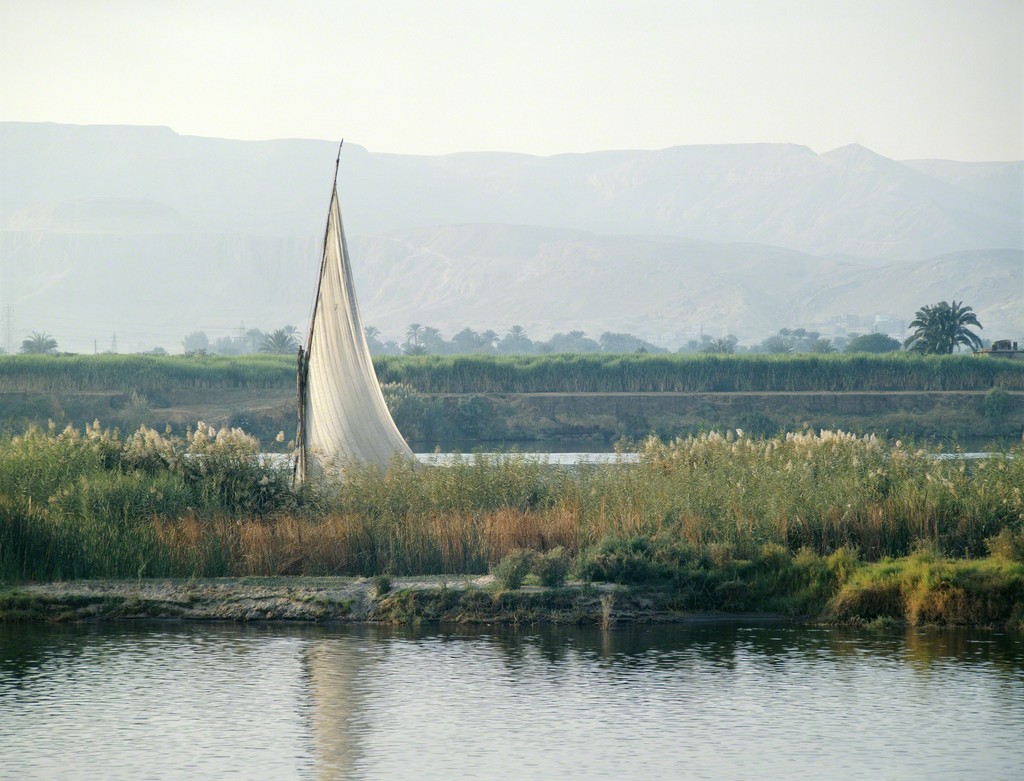 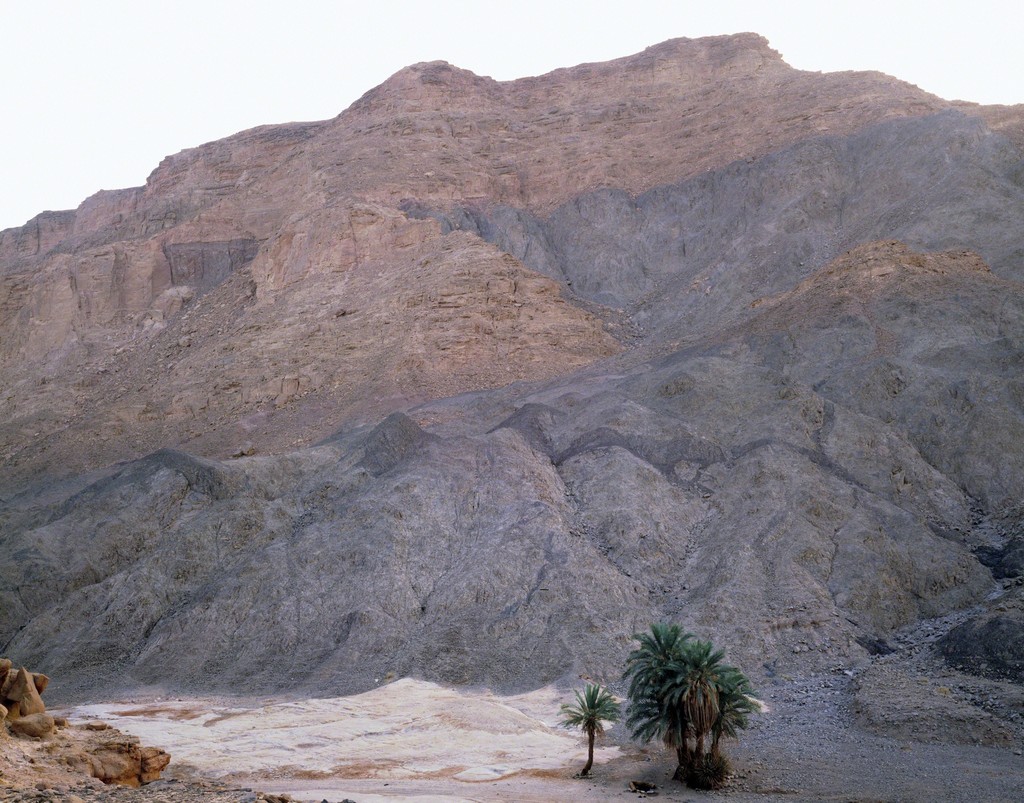 Felucca on Nile (1982) also exhibits some of the same haze and layering of Haze, Sinai and Beit-Shean Valley; it also shares an element of similarity with Oasis at Bir-Biriya, Sinai (1980)—a beacon of some sort. The sail of a felucca jets up from grasslands along the Nile River, reminding us that there are few, if any, places that humanity has not touched. In contrast, it is nature that provides the beacon in Oasis. True to its title, Oasis literally captures a sanctuary in the middle of the desert—a small grouping of palm trees in an otherwise deserted land comprised of sand and mountains.

It is in vast expanses that Neil finds his themes. As he has said, “All I need is a sparse, desert-like landscape. [The specific location is merely] the backdrop, not the subject.”