Through Neil Folberg’s lens, landscapes become infinite realms that resemble celestial firmaments as much as the earthly environments they depict. After an apprenticeship with Ansel Adams—which Folberg began at the age of 16—the American-born, Jerusalem-based photographer has since built an encyclopedic portfolio of images that harness the ethereal and spiritual effects of our surroundings—whether it’s nature, architecture, or wide-open skies that encircle us. Below, Artsy talks with Folberg about his inspirations and the mesmerizing photographs that result. 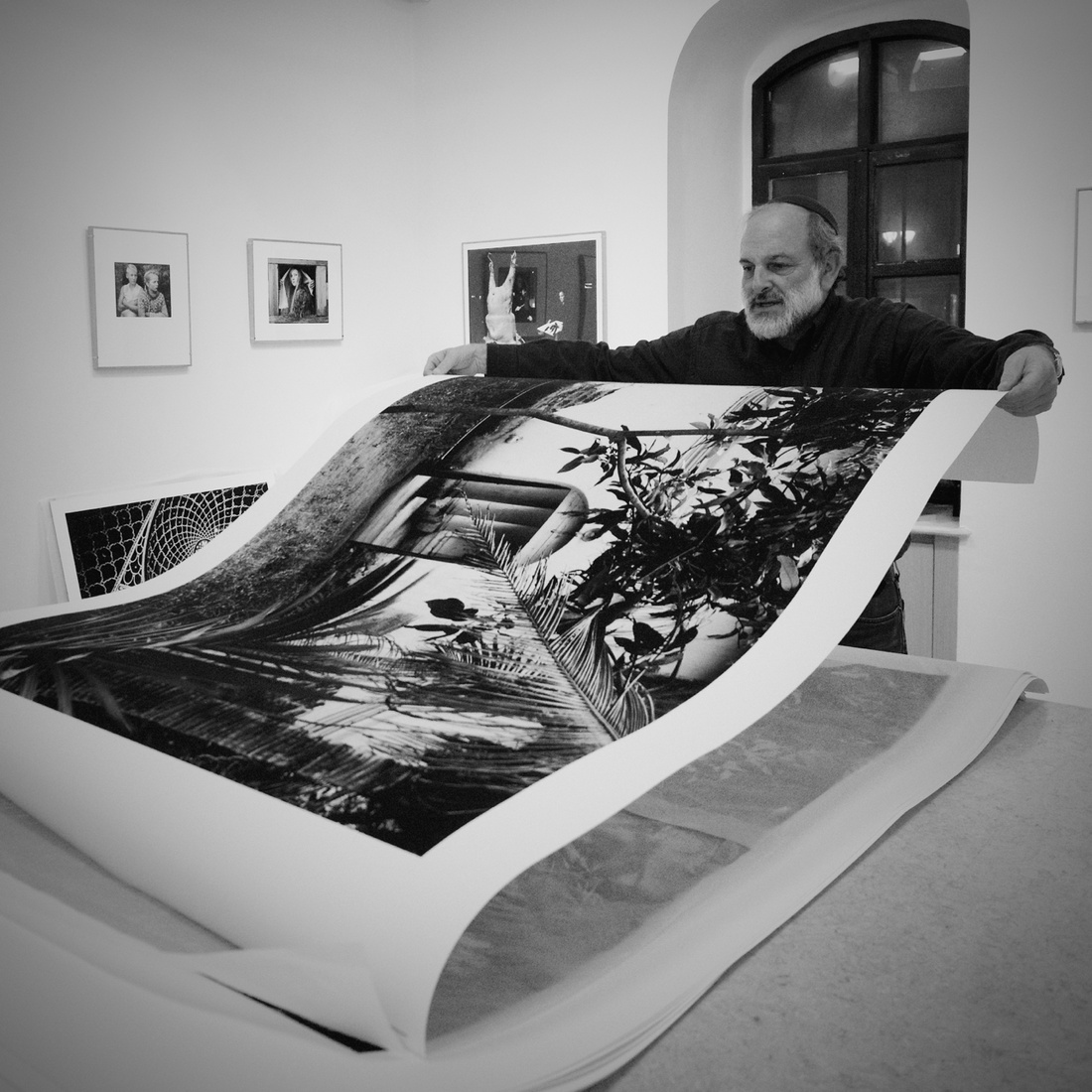 Artsy: What first drew you to the photography, as opposed to other mediums?

Neil Folberg: I think that photography has more presence for me than other media; it seems both more immediate and more real. I know that this is, and has always been—even in the days before digital imaging—an illusion, but it is an effective illusion nonetheless. I recall a visit to the George Eastman House—now known as the George Eastman Museum—with my parents as a teenager where I was simply awestruck by the power of the photographic image. That feeling has never left me.

Artsy: What inspired your initial efforts as a photographer?

NF: On that visit to the George Eastman House, I saw prints by Ansel for the first time: large, magnificent prints of his sublime and powerful vision of wilderness. Remember that in the seething political climate of the 1960's his work was regarded by many as irrelevant because so much art was totally focused on social issues. But he was one of the founders of the environmental movement as we know it today. We now realize the importance of what he was doing.

I ended up studying with Ansel, who had a powerful impact on my development. Social issues concerned him, but I think he felt that humanity could ultimately move beyond those pressing issues to realize its fullest potential in the imaginative and creative spheres of art, culture, and science. He was looking for our place on the land, in the environment, in the universe. At that moment, I sought a different way of approaching that same subject. So my first major project, funded by a grant from the University of California at Berkeley, where I was studying, was a documentary study of a people in their land, in what was then Yugoslav Republic of Macedonia. 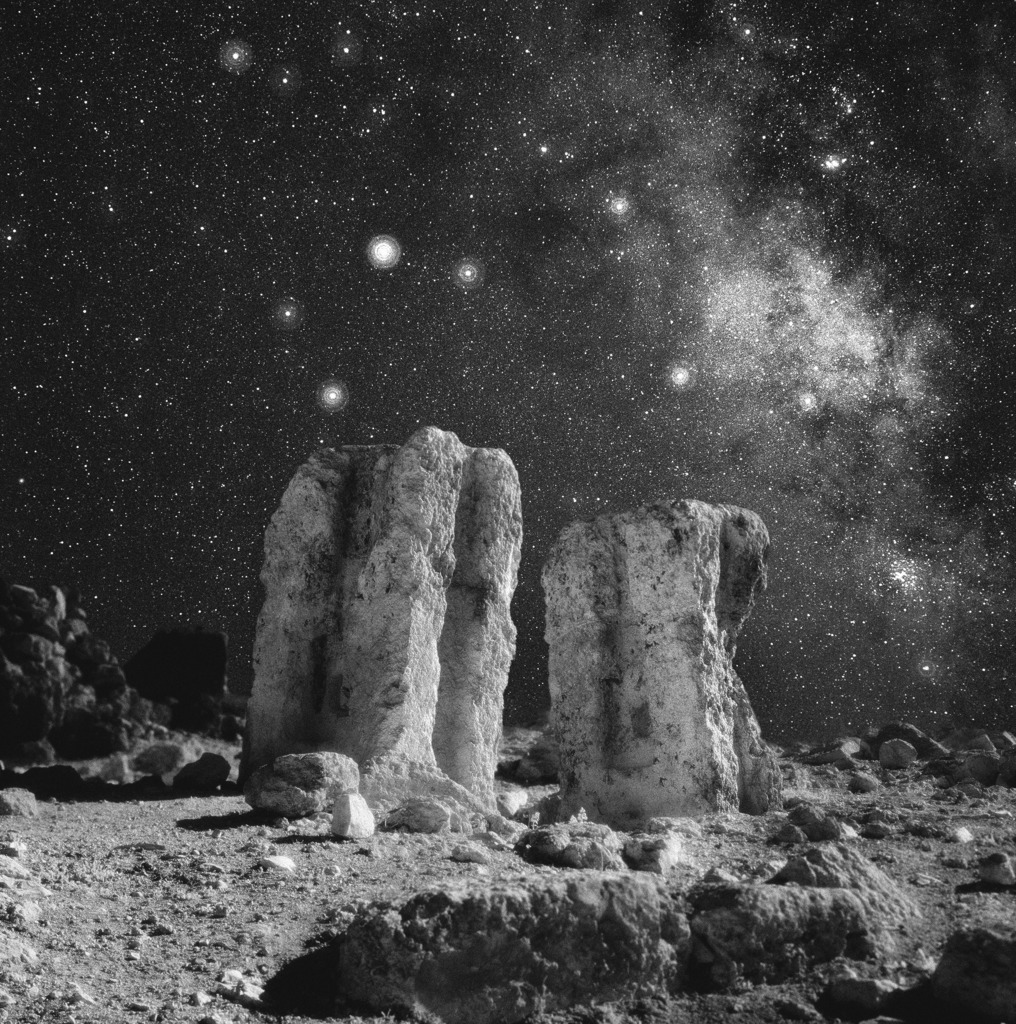 But soon after, I relocated with my wife to Israel, where I began to explore the vast expanses of the Sinai Deserts. Few people today experience wilderness on this scale—it was not a national park, it was not a designated and controlled wilderness area, it was boundless desert without any safety net. The scale had a profound effect on me. It felt like passing through a doorway to infinity. Once I had been struck by that I had to deal with it directly, without the anchor of a human presence. So I photographed a wilderness without people. Is this spiritual? Yes, but it didn't come from me, it comes from not running away—from not being afraid to be alone on what felt like the edge of the world. I spent hundreds of nights sleeping on the ground. No tent.

Artsy: How did you settle on this approach, which incorporates elements of spirituality and surrealism, over a more documentary approach to landscape?

NF: I dreamed of creating something like the images that later became “Celestial Nights,” which gave the feeling of someone standing on the horizon looking at the universe beyond. To make those images, I had to wait for someone to invent the personal computer and Photoshop, but when it came I was ready for it. I knew what to do with it. That was the enabler for the “Celestial Nights” imagery and I pushed it to its limits at that time. I made long exposures of the night sky, tracking the movement of the stars with my camera on a motorized base and combined them with images made at dusk and night. You could make these images and see them on your computer screen, but digital printing processes at that time were distinctly low-quality. Everyone then looked at their computer screens and said, “Wow, that's wonderful but how do we get it out of the computer?”

A photographer by the name of Dan Burkholder came up with a method for generating half-tone negatives that could be used to make contact prints on silver gelatin paper, and that was what I did. I think I was the first to make these kinds of celestial–terrestrial photographs. Now I can also make prints using the brilliant archival digital printing processes, but then it was impossible. Many people think that the photos have a surreal quality. Is this surreal? To me it feels like reality in its most profound form. 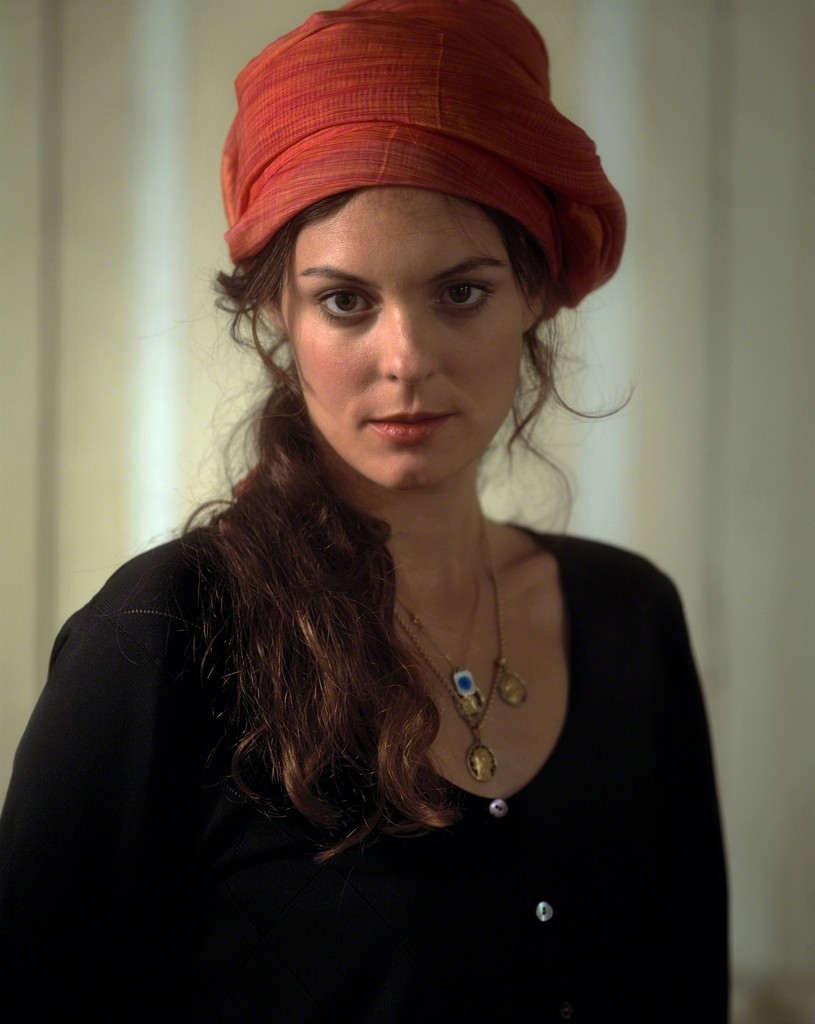 Lucie Rouart, after the portrait of Berthe Morisot by Manet, 2003 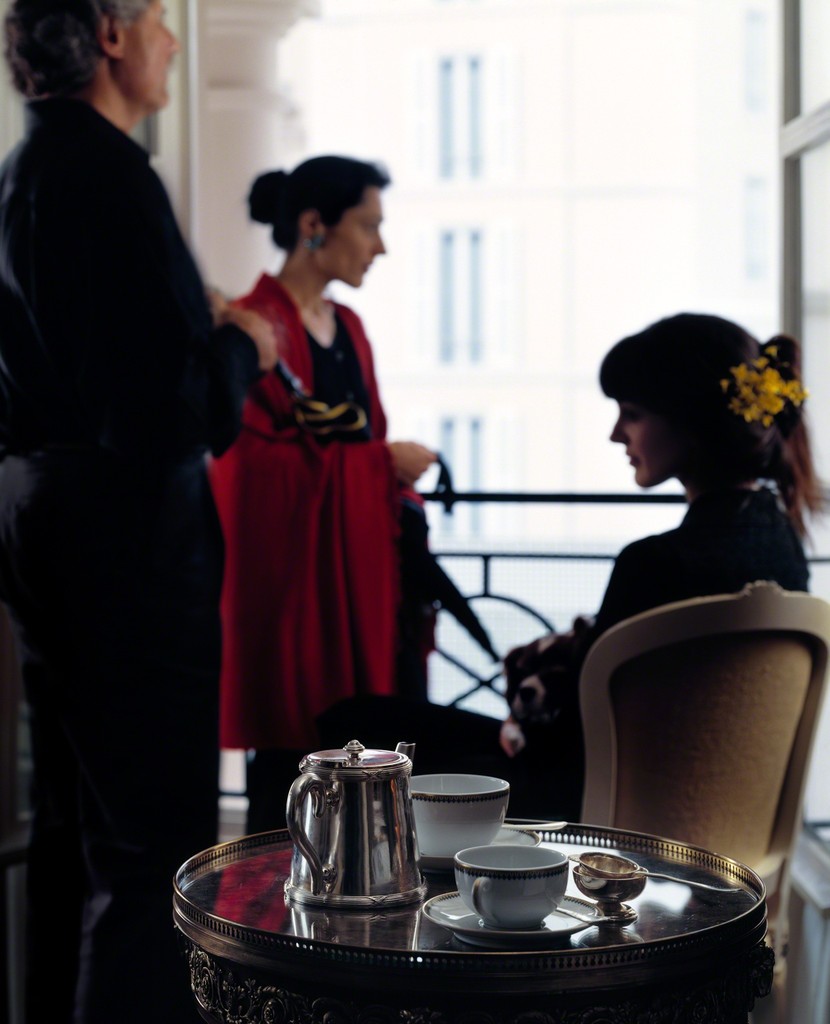 Artsy: In the last 10 years, you have also explored staged photography. What lead you to return to the figure and an overt narrative?

NF: Ultimately, we are telling a human narrative and I like stories. So I wanted to see if I could do this in photographs. An opportunity came when I was commissioned to make a series of photographs about the French Impressionists. I've seen the soft focus photographs that people make and call impressionist, but this is nonsense and bears no relation to the paintings. They had an incisive view that was not at all fuzzy; in fact, it was a photographic vision. They sought to capture transient phenomena in an instantaneous looking manner.

This was of course the great promise of photography, but the medium was too slow, too cumbersome and without color. I went back to France with their vision and a modern photographic vision and tools. For example, I studied Manet obsessively, particularly his intense portraits of painter Berthe Morisot. I learned from this master how to make a portrait, and then set out to tell in part the story of his obsession with Berthe. I located her  descendents and made photographs of them. I made a portrait of Lucie Rouart, Morisot's great-great-grand-daughter in the family home.

Then in 2010 I decided to tell the story of the Garden of Eden from the viewpoint of the serpent. This became Serpent's Chronicle (2013), published by Abbeville Press in New York. For these photographs, I used modern dancers in the setting of a wild Mediterranean valley near my home. 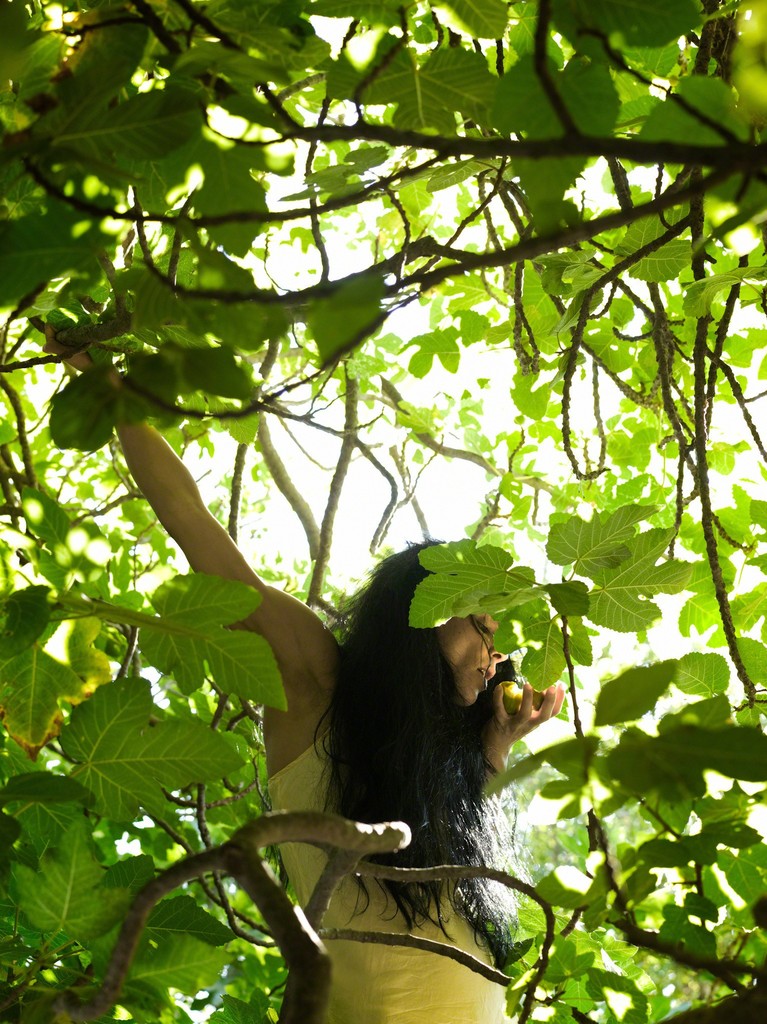 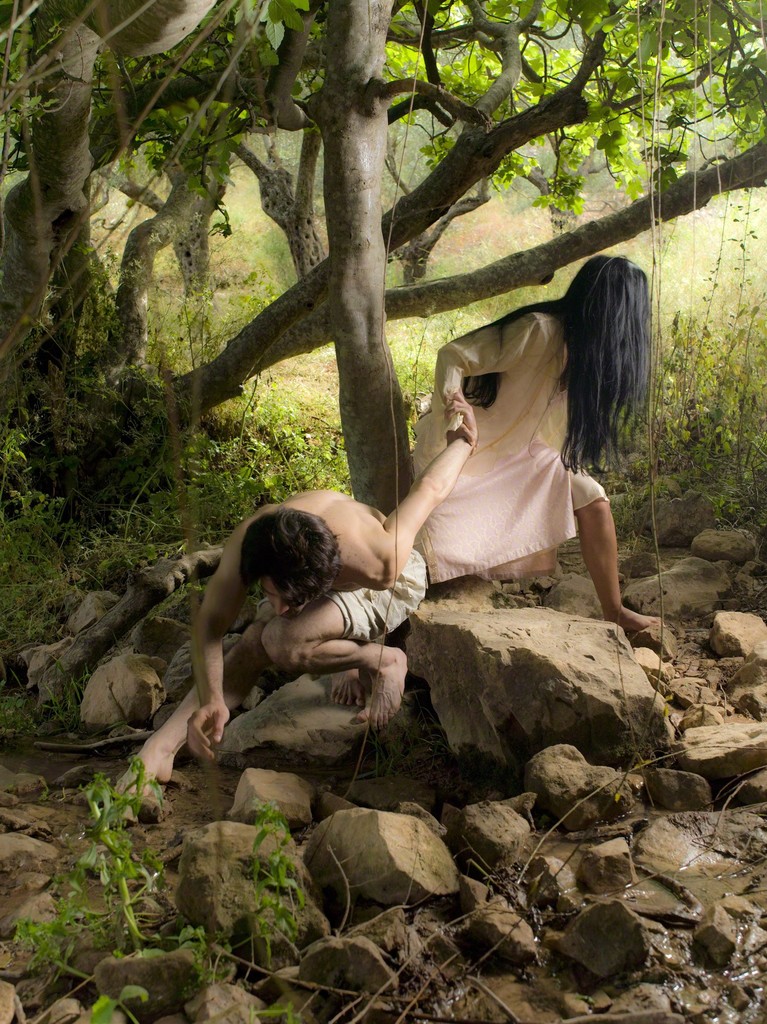 Artsy: You seem to choose landscapes that are intentionally devoid of people? Why?

NF: Standing in the midst of a vast desert alone is a powerful experience—I've tried to convey this feeling of loneliness. But more recently, Serpent's Chronicle puts people in the landscape. My current project, which I am working on now, will also be the synthesis of these two streams. In it, I use a figure—myself—to represent a human presence in wild, desolate landscapes.